The Shareholders’ Meeting represents the will of shareholders and is convened at least once a year to approve the annual financial statements.

Its responsibilities include appointing the members of the Board of Directors and the Board of Statutory Auditors as well as the External Auditors.

Guided compilation and forwarding via Internet of the Proxy to Computershare S.p.A.

The Board of Directors is responsible for identifying the company's goals and defining the best strategy to achieve them.

The Board of Directors has set up three board committees that perform preparatory activities, make proposals, and provide advice: the Control and Risks, Corporate Governance and Sustainability Committee, the Remuneration and Appointments Committee, and the Independent Committee.

The current Board, appointed in 2019, and enlarged on April 22, 2020 with the appointment of Massimo Garavaglia, will remain in force until the shareholders’ meeting called to approve the financial statements at 31 December 2021. 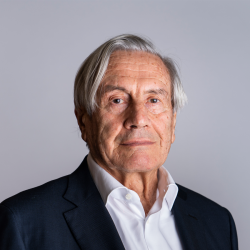 Chairman and Executive Director, in office at the date the Company was listed, and more specifically since 18 April 2001.
Was born in Treviso, Italy in 1939.

After graduating in Economics from the Venice Ca' Foscari University, he developed the Company until it became the parent company of a multinational Group.

He is currently the Chairman of the Board of Directors of De’ Longhi S.p.A. and of other companies in the De’ Longhi Group. 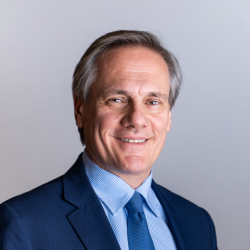 Fabio de’ Longhi is the Vice-Chairman and member of the Board of Directors since the Company was listed and, more specifically, since 18 April 2001. He currently holds other executive positions in various Group companies.

Was born in Treviso (Italy) in 1967 and he held several positions in the Company's Sales and Marketing Department, in Italy and abroad. From June 2005 to April 2020 he was the Group's CEO, guiding De’ Longhi in its international expansion.

He graduated in Business Economics from the Bocconi University in Milan. 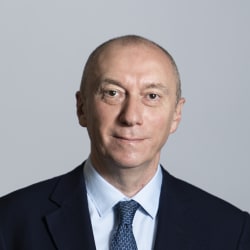 Massimo Garavaglia is the CEO and General Manager since 1 May 2020. Appointed member of the Board of Directors on 22 April 2020, Mr Garavaglia also holds other executive positions in various Group companies.

Born in Rho (MI) in 1966, he held senior positions within the listed Swiss multinational, Barry Callebaut, world leader in the manufacture of high quality cocoa and chocolate products.

He graduated in Economics from Bocconi University in Milan and specialized in Business Management from renowned international universities. 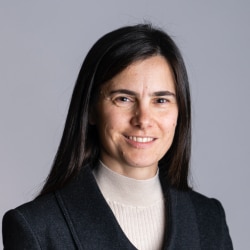 Silvia de’ Longhi has been the Group's Chief Corporate Services Officer since 2016. She is in charge of Legal and Corporate Affairs, Human Resources and Organisation, Quality Assurance and Information Technologies. She is also a member of the Board of Directors of De' Longhi S.p.A. and holds other positions in different group companies. Formerly Executive Director, she has been in office since July 2007.

She has held positions in Marketing and Communication for the Kenwood brand and in the organisation of the Human Resources Department for the De’ Longhi Group.

Born in 1984 in Trieste, she graduated in Political Science at the University of Trieste. 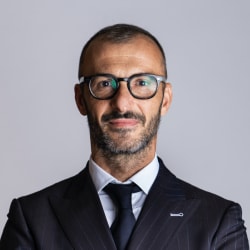 MASSIMILIANO BENEDETTI, non-executive and independent director, in office since 19 April 2018. He was born in Rimini in 1970. After graduating in Environmental Chemical Engineering, he started his professional career in the Change Management area of Andersen Consulting (now Accenture), handling projects relating to computerisation and supply chain optimisation for clients in the Energy sector. In 2000 he joined the YOOX Group (now YOOX NET-A-PORTER GROUP), working with its founder Federico Marchetti in the company’s start-up phase. Was Head of CRM & Logistics, VP Sales and Marketing and then Marketing Director, a post he held until the end of 2012. In 2013 he became an independent Board member (for companies including YOOX NET-A-PORTER GROUP, H-Farm, Reda and Tomorrow Ltd), Internet Advisor for Luxury, Art and Design brands and a Business Angel. He also sits on the NYU Stern Fashion Council. 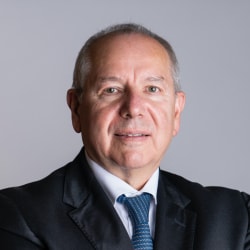 FERRUCCIO BORSANI, independent director, in office since 30 April 2019, was born in Locate Varesino (CO) in 1958. He graduated in Mechanical Engineering from the Politecnico di Milano and specialized in Economics and Business Management at Bocconi University. He has gained significant experience in leading international groups in the fields of Information Technology, Logistics and Telecommunications. In 1996 he joined Omnitel Italia Spa, now Vodafone Italia, where he covered various managerial roles over time and became General Manager in 2013. Since 2015 he has been an angel investor, advisor and Board Member of companies in the technological and digital field. He held the position of Director in Telecom in 2017. Since December 2019 he has been the CEO of Newlisi Spa. 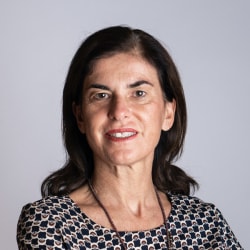 LUISA MARIA VIRGINIA COLLINA, non-executive and independent director, appointed on 14 April 2016 and in office since then, born in Milan in 1968. Architect, with a PhD, she is full professor of Design at Milan Polytechnic. From 2005 to 2015 she was coordinator and President of the Course “Design of the product-service system” at the Design School of Milan Polytechnic.

She is currently Head of the Design School of Milan Polytechnic and the Rector’s Delegate for the university’s External Relations. Her main areas of expertise are interior architecture and design, in particular services and strategic design.

She collaborates with universities, research centres and enterprises in international research programmes and design-guided strategic innovation projects. The results of her researches and teaching activities have been presented in numerous conferences and publications. From 2004 to 2008 and from 2013 to 2015 she was elected member of Milan Polytechnic’s Governing Board. From 2009 to 2010 she was designated by the Rector of Milan Polytechnic as member of the university’s Assessment Unit.

From 2010 to 2016 she was Delegate for the Rector of Milan Polytechnic for the Expo and major university events and for Internationalisation Policies. Since 2013 to 2019 she has been President of Cumulus, the international association of design, art and media schools and universities. She is the current Honorary President of the same association. 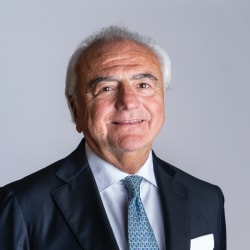 RENATO CORRADA, non-executive director, in office since 28 April 2004, born in Milan in 1949. He attended the faculty of Economics at the Università Cattolica del Sacro Cuore.

Held important posts in the Rizzoli Corriere della Sera Group and in Rusconi Editore S.p.A. In 1997 he joined the Fininvest Group, holding important management posts in Group companies. Since May 2017 he has mostly worked as a consultant, mainly for leading Italian entrepreneurial families.

Has collaborated with a number of universities, including SDA Bocconi and A.S.A.M. (Associazione per gli Studi Aziendali e Manageriali), acting as Board member for the latter, and Collegio San Carlo di Milano, where he was Board member until 2015. 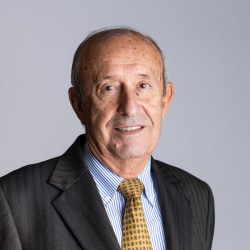 CARLO GARAVAGLIA, non-executive director, in office since the Company was listed, and more specifically from 18 April 2001 to 15 July 2009 and then since 21 April 2010. He was born in Legnano in 1943 and graduated in Economics and Business from the Università Cattolica of Milan. He has been a member of the Association of Chartered Accountants of Milan since 1972. He has been a Certified Public Accountant since 1979, now a Statutory Auditor. He was a manager and partner of KPMG in Milan from 1970 to 1976. Founding partner of Studio Legale Tributario L. Biscozzi – A. Fantozzi and, since 1998, founding partner of Studio Legale e Tributario Biscozzi Nobili. He speaks at conferences, has written books and articles. He is Chairman of the Board of Directors of Banca Progetto S.p.A. and Director in unlisted companies such as Cordifin S.p.A., Ori Martin S.p.A., Ori Martin S.A. and Miron S.A.. 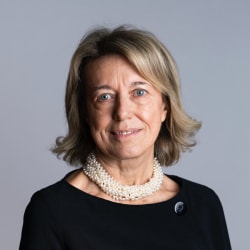 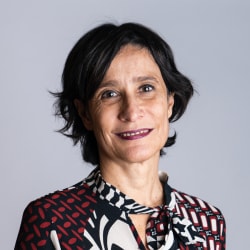 STEFANIA PETRUCCIOLI, non-executive and independent director, in office since 23 April 2013, born in Turin in 1967.

She graduated in Economics and Business at Bocconi University of Milan, and is an accountant. After gaining extensive experience in important companies managing private equity funds, she became partner of Progressio SGR S.p.A., a company managing two private equity funds - Progressio Investimenti I and II – managing assets of €305m, where she has worked since 2004. She is currently head of private equity e venture capital fund investments Principia III – Health.

She has also been a lecturer for the Industrial enterprises business course at Bocconi University. GIORGIO SANDRI, a non-executive director, in office since the Company was listed in the stock market (18 April 2001), born in Udine in 1944.

A founding partner of Max Information, he has worked in advertising since 1966. He has helped to launch successful products both in Italy and overseas.

Has worked with the De’Longhi Group in advertising since 1983. An expert in mass communication, he has taught in Bologna for over eight years. He has created commercials with Oscar-winning actors such as Robert De Niro, Kevin Costner and Italian Oscar winner Tonino Guerra. In 1986 RAI and the association Tecnici Pubblicitari awarded him the Leone d’Oro (Golden Lion) prize at the Cannes Festival, the highest honour in the world of advertising, “To Giorgio Sandri for his contribution to the progress of advertising”. Since 2000 he has been Board member of the Armando Testa group, a leading Italian communication agency.

The Board of Statutory Auditors monitors compliance with the law, the Articles of Association, and the principles of sound management as part of the company's operations.
The current Board, appointed in 2019, will remain in office until the Meeting convened for the approval of the financial statements at 31 December 2021. 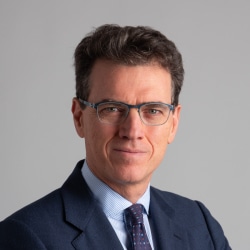 CESARE CONTI, President of the Board of Statutory Auditors, he was born in Bergamo in 1963. Director of the Master of Science in Finance of Bocconi University, where he is Professor of Corporate Finance in the Finance Department and teaches "Corporate Finance" and "Financial Risk Management in Companies", in undergraduate, graduate and master courses. Author of numerous publications focused on: corporate finance, corporate financing and corporate valuations; corporate governance, enterprise risk management and financial risk management. Independent consultant, CTU and CTP of companies, banks, private equity funds, local authorities, legal / professional firms in the field of corporate valuations, corporate finance, financial risk management, new debt operations, refinancing, debt restructuring and stipulation-restructuring -closure of derivative products. Member of boards of directors and boards of statutory auditors of various companies, including listed companies. Registered in the Register of Chartered Accountants of Milan, of Auditors and Technical Consultants of the Judge of the Court of Milan. 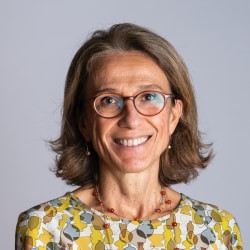 PAOLA MIGNANI, Regular Auditor, was born in Turin in 1966. Graduated in Economics and Business at Bocconi University of Milan in 1989, registered with the Accountants Association of Milan since 1991, and with the Register of Auditors since 1995. Provides financial and corporate advice to a leading company in Milan and is member of the Board of Statutory Auditors and Board of Directors of various companies operating in the industrial and financial sectors, including stock market-listed companies. Is lecturer of the Business Economics degree course, teaching Public Relations and Corporate Communication at the Libera Università di Lingue e Comunicazione. 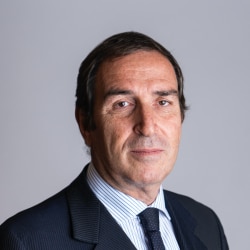 ALBERTO VILLANI, born in Milan on 30 November 1962, graduated in Economics and Business at Luigi Bocconi University of Milan in 1988. Qualified to practise the accountancy profession in 1990. Registered with the Accountants’ Association of Milan since 14/03/1990 and entered in the Register of Auditors as per M.D. of 12/4/95 published in the Official Journal no. 31 bis 4th Series SP dated 21-4-95. From 1988 to 1991 collaborated with Studio Turri in Milan, and from 1992 to 2003 first as collaborator and later as partner in Studio Brambilla. In 2003 founded the firm Studio Associato Villani Zambelli. Since 2011 has worked on a freelance basis, in the firm bearing his name. Board member of the Accountants’ Association of Milan from 2005 to 2007. Is currently member of the Board of the Italian Accountants’ Association – Milan Section. As consultant, he provides tax and corporate assistance, legal control and statutory auditing of accounts; advice on corporate valuations and assistance with extraordinary transactions, such as: sales, acquisitions, mergers, restructurings and debt restructuring in bankruptcy proceedings; advice and assistance with tax disputes. As technical expert, also works in legal disputes. Regularly works with overseas clients, including international companies and groups. Excellent knowledge of English (spoken and written), acquired through stays in the UK and USA (New York and Boston) in the period 1984 to 1990. Is Director and Auditor in a number of companies.

Sign up for the email alert service and stay updated
with the Group's main news.